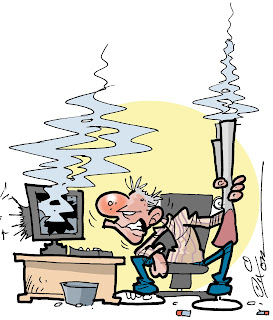 Now I will admit that even by my standards, an apology for tardiness is well overdue.

The thing is I've just come back from the dark side; I have been dabbling into things that people like me just shouldn't dabble with. My night's have been filled with serving at the alter of a dark lord--- a slavish master. I have been seduced, dear reader, seduced by one who offered the key to a Pandora's Box filled with my every dream and desire---happiness, I was told, was quite literally mine for the taking.

What has he done (now) I hear you cry. What cult has he been drawn into? Is he a 7th Day Adventist? Has he become a Scientologist? Is he a 'Moonie' (if not only from  the back seat of a bus)

Well no, ladies and gentlefolk, it is none of the above. The thing I dabbled with---that I spent my nights slaving for---that took my soul and sanity---but that I'm now free from, is 'Wordpress' or more to the point its counterpart plugin, 'Comicpress'. The one is a blogging platform the other is a supposedly simple (HA!!!!) plugin for webcomic creators.

But it was anything but simple.

I've been an inveterate user of the 'Blogger platform'  for ages and have always found it to be simple. For example: if I want to add an 'email subscription' widget,  I would find it under the 'email subscription' heading. Logical, I hear you cry. Oh but you've not met Mr Wordpress yet have you? They don't do simple, they just do Geek. Because no matter what I did and no matter how hard I looked I could not make head nor tail out of  their stupid and inane terminology.

Let me introduce you to their world, a world that is filled with nonsense and techno speak; of PHP's and CMSs'; a world that I entered into, and barley escaped from with my sanity intact.

After several hours, and with only the low hum of my computer tower for company--- and innumerable searches via Google translate to discover what these geeky little pillock designers where on about--- I actually did manage to garner enough information to put three cartoon strip testers up on my new site. But as if by some weird wordpress telepathy the cartoon strips seemed to lose interest with my fumblings and lumped themselves all up onto the one post; so now I had three strips on one day and nothing on the others; even though it was registering on The Wordpress stats page as being three separate posts.

You see what I was up against? Well it got worse.

I didn't want three posts on one day  so I tried to delete them. It was an obvious thing to do if you think about it; if you have something you don't want, you delete it. HHHAAAAAAAAAAA!!!! Tell that to Mr Wordpress. They don't like you deleting things, and generally thinking for yourself, oh no they don't. They do offer you a delete option, but when you use it, it just ignores you and  goes: 'Nay-ya-nay-ya-yaar! You can't touch us'

And that was when my mind went slightly out of focus.

So I tried to start again and upload more cartoons, but Mr Wordpress was a whole world of mental issues ahead of me. By this point he had decided to hide half of the download form--- the half that deals with the cataloguing of the strips. So the server put up a message saying: There was an error in the post time () the time is not parseable by sterotimel()

See what I mean! I ask you, just what the hell 'sterotimel' supposed to mean and what are the significance of the open and closed parenthesis? And the word 'parseable'; what's all that about? Well apparently 'parseable' is a derivative of the word parse which means to analyze a subject specifically. Which in itself makes no sense, because lets face it, it asked me to upload a cartoon it had previously accepted. So was it telling me, that it lied on the first three uploads or that it happened to be looking the other way when I uploaded them?

I was not a happy bunny and was about to show the computer my displeasure, when  the pearls of Zen like wisdom that came tripping from the wise and sagely mouth of my resident computer expert came drifting on the fog of irritation: Breath deeply, he'd say. Put the safety catch back on, remove the computer screen from the cross hairs of your twin barrelled shot gun and count to ten.

It took me to 3,450 before my blood levels were anywhere near normal.

Then I took his next piece of advice: I moved away from the source of my irritation and onto a completely new territory within this webcomic nightmare; I moved onto the relatively simple contact me page. After all, what could go wrong with something as simple as a contact me page? All I had to do was publish a few words and a link to my email address...simple.

Above the post box was a button that said 'download form'. I must admit it threw me, initially. Mainly because it was written in such a way as I understood  what they were talking about almost immediately. It wasn't something like: Interface with my aura, or mail my chimp, or click the dude me now button; or any of the other stupid title's these programming idiots seem to love.

Anyway, I clicked the download tab and it did; the only problem was, it downloaded the form with all of my contact details set in the boxes reserved for the reader. So thanks to this truly wonderful blogging platform (their words, not mine), the only person who can contact me, is, well, me! And to be honest with you I usually know what I'm thinking and have never had the urge to email myself on a point I'm not 100% clear on.

There were plenty of other instances that were calculated to drive me nuts, and I could go on about this truly mind melting piece of cyber crap into the small dark hours of the morning, but in the end I just gave up; I crashed the stupid programme and went back to Blogger. Which in my eyes is by far the best and simplest blogging platform around.

But if, by perchance, one of the pimply faced virgins at Wordpress happens to stumble across this little diatribe of mine, please take this bit of advice from me: If you wish to keep people on your side, and I'm sure that you genuinely do, then start talking English. Don't try and be clever, it's not big and you're not impressing anyone other than like minded pimply faced virgins. So throw your computer psychobabble crap out the window and name your widgets after what they are.

Blogger is better than you, Mr Wordpress, because they understand this.

Moral of the story, Mr Wordpress virgin? Call it what it is or face mass defection to a user friendly interface like 'Blogger'.

If you like my blog and the things that I say and do, please tell your friends; mention me on Facebook, Twitter and any of the other fine social media networking sites you use. I would love to have my work reach a much larger audience and although I could no doubt eventually get there under my own steam, I'll get there a lot quicker with your help, so please, please spread the word. 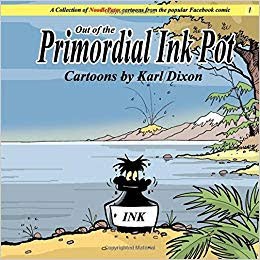 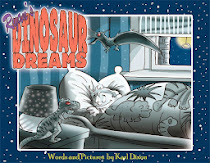 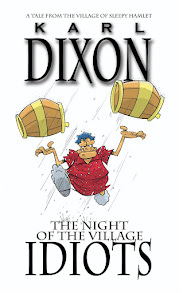